Seven days of food, drink and its results.... 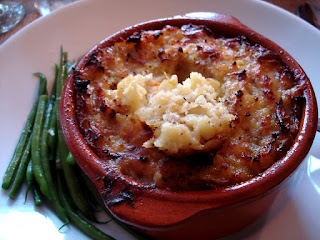 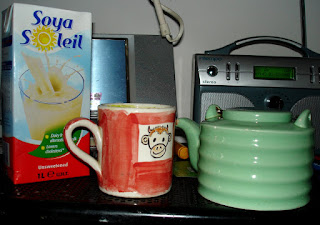 First of all, I’d like to point out I do NOT have an unhealthy obsession with food. Or beer. Or poo, come to that. It’s just that, for the next week, I’ve decided to photograph everything that goes in my mouth… and comes out the other end.

And at some point this week I’m going to tape a microphone to my stomach to record my ruminations for posterity, and with a view to making a short film of it all.

It was just one of those ideas that pops up followed by a “Why not?” moment. Picking this time of year probably wasn’t the best idea, as although it’s still only very early December, there’s already a stream of Christmas lunches, events and other causes for celebration which may slew the results a bit, but hopefully it won’t be too unrepresentative of my daily intake and output.

I’ve been mulling over a name for the project, and have already rejected ‘What Goes in Must Come Out’, ‘Alimentary My Dear Watson’, ‘Colonic Irritation’ but have settled on the more prosaic working title of ‘Bodily Functions’ so until I have an inspired brainwave that’s it.

The photos are up on Flickr (see link in side bar) but I’m still in two minds about posting up the poo ones, as it may attract unwelcome attention from some of the odder Flickrites, but I can confirm they will feature in the final film, so you won’t be missing out.

I’m also recording some audio diary snippets, so if you see me with my camera and recorder this week, pop over and say hello!

I wasn't planning on being at work but I popped in to say happy birthday to Gordon, had a cup of blackcurrant and ginseng tea and ended up embroiled in emails, so no lunch. Snack of gathia (the Bombay Mix bits that taste of cat's wee) and early tea/ late lunch of parsnip, potato, coconut and ginger soup with white toasted bread. Another disappointing poo - and only 2 today! Must poo better.

Two cups of tea. Drinks with workmates - two halves of Leffe and two and a half glasses of white wine. Veggie skewer, hummus and salad from Kebab Express ("Where's your hat?" Mr Kebab Man asked. "Right here on my head," I replied. He's definitely odd.) Soya milk hot choc to round the day off.

Hm. I'm definitely finding it a bit strange photographing my poo, which I never thought I would. It's not squeamishness, it's just a bit..... peculiar. But maybe I'll get used to it soon.

This is terrible. No early morning poo and I'm going to London. I think it must be some form of toilet fright. 2 cups of tea, a quarter of a old cherry flapjack I found at the bottom of my bag. Cup of black coffee.

Half-hearted lunchtime poo at last, then popped over to Brick Lane for 2 samosas and a pakora - lovely. Half a litre of tap water. Pint of 'Reinbeer' winter ale in the Wetherspoon's at Victoria Station, then met up with the lovely Eilish and Kath for 3 small glasses of cava and ten grapes on the train. Two reasonable quality pints of Harvey's in the Crescent back in Brighton, which provoked poo number 2.

Yesterday's parsnip soup kept on giving - three bowls of it eventually but at least I finally finished it.

So I set this blog up today in the interests of making this a truly multi-media experience, and emailed selected people I thought might be intrigued to be in on it. And I had some great responses including links to a colonic irrigation site featuring hideous black strings of turd, a reminder about an artist who tinned his own poo (hm, where there's muck there's brass...) and plenty of “ewww”s. Funny how it's the poo and not the food that people are interested in, though I've started using the shorthand 'Poo diary' myself.

Pictures are all up to date on Flickr, but I've decided to keep the shit ones to myself, though they will appear in the final film, as I know there are some VERY weird people out there on Flickr, and I suspect they're not the kind of people I'd wish to associate with. Mind you, it could improve my rusty German, I suppose.

On the train back from London we discussed entering it for the Turner Prize. No more shit than the ones in it this year.

Usual start to the day of several cups of tea to the Today programme and two poos. I've found I now think about food ALL the time, which is a bit extreme, though I do think about it a fair bit as I like to plan what to cook, and today's a work xmas dinner (yes I KNOW it's only bloody 3rd December!!!). But I've also found it's made me MUCH more conscious of when and how I eat. There's an element of deferred gratification – only for a few seconds, admittedly, but I'm now thinking “Ooh, hang on, I can't pop this in my mouth til I've photographed it,” which makes me realise how much I do just shove things unthinkingly into my gob (well, after checking the ingredients first, of course).

I feel like everything I eat is being publicly scrutinised and I have to be more conscious of how that's presented to the outside world, and taking photos of it in public places adds to that. I don't think I'm eating anything different to what I'd normally have, but maybe it feels a bit more controlled. Hm, I'm not sure what I'm getting at here, so maybe I'll come back to that idea in a bit.

Right, it's 1020 and I'm on the train to Farringdon, time for one of yesterday's leftover pakoras.

Black coffee then lunch of beany soup which I totally forgot to photograph – though I got the empty bowl – and bemused responses from my colleagues which I recorded, again fixated with poo. Lentil and root veg pie with green beans – very garlicky and tasty. No afters but black coffee with brandy. Nine glasses of wine (yikes) and seven glasses of water. Poo back at home. Three poos today - I'm improving. And yet more suggestions of entering for the Turner Prize. I'm starting to see a pattern here.

Four cups ot tea and two enthusiastic poos, heavily influenced by the red wine, for starters. Tried to record my gurgling stomach, then found I didn't have the right mic connector at home to plug a lapel mic into my recorder so I'll try again later.

Late breakfast/ early lunch of two wraps with bean salad, tomato and green pepper, one with red pepper hummus, the other with babaghanoush, and a green tea. Half a litre of tap water. Went to the gym for my free 5-day trial (thanks Lorraine!) and did a strenuous pilates class, ten minutes on the cross-trainer, twenty minutes in the pool and ten minutes in the sauna and steam room, and came out looking like my head had been boiled.

Late lunch/early tea of baked potato (in the microwave at work - boo, it's not the same) with red pepper hummus and more bean salad. Cup of green jasmine tea.

Thank you for your emails, which I've been enjoying:

"What an interesting idea - can't wait to see the results (well, some of them...)"
"Errrrrrrr! Melita!? Errrrrrrrrggggghhhh!!!"
"Possibly the oddest email I've received all year!!!!"
"Bring it on and at least it’s not in smellavision!"
"Do look on German sites – the Germans absolutely LOVE talking about poo/stools/sizes etc!"
"genius, have read blog, bit scared to visit flickr...."
"Definitely the weirdest of the day my dear! But not the weirdest ever....."
"the gut sounds are borborigmy - I know this because I have recorded my own with a contact mic. Most gurgly after a black coffee of a morn" (see, I'm not the only weird one!)
"Good luck with your experiment you nutcase"
"brilliant darling......i can't believe you actually counted the number of grapes you had?? that's 10 you owe me I guess"

At home I settled down with a pot of tea and gaffer taped the lapel mic to my stomach to record the rumbles and gurgles. I got an hour's worth of fizzes, pops, groans and squirls, some of them sounding like sonar pings and some like depth charges.

Usual breakfast of a pot of tea, one poo (no, not for breakfast, silly!). Two wraps at work of tomato, green pepper, bean salad and red pepper hummus with another cup of tea.

Lunch of leftover sprouts microwaved with fresh noodles boiled up before I came to work. Nowhere near as nice as last night's fresh offering, and noodles don't microwave at all well. Cup of blackcurrant and ginseng tea, half a pot of fruit soya yoghurt which I forgot had been open in the fridge from two Sundays ago, but no ill effects so far.

Went to the launch of Brighton Open Houses and had a small glass of cava, then home for two bowls of fresh tomato and red pepper soup, made by charring the peppers and tomaotoes to remove the skins, frying with a red onion, some veg stock powder, a dash of red wine - lovely. Another poo.

Off to see the utterly filthy and hilarious Two Wrongies and two small glasses of white wine, snuck in by Kath and Eilish. Off to The Kitchen bar for Louise's Girl on Girl night in a new venue, and three pints of Peroni. I knew there's a good reason I don't drink draught lager. Ugh. Another poo at home then a cup of Shreddies with soya milk (seemed like a good idea at the time).

Two cups of tea, then a pot of Shreddies with soya milk on the train to Ashford. No poo yet. Soya sausage roll from Holland and Barrett (not actually all that nice but Ashford doesn't seem to have anywhere decent to eat) with chocolate soya milk.

Takeaway black coffee, two mini vegan mince pies, one grape, and a fortune cookie. Train to Hastings and finally a poo, followed by 2 cups of tea, Erica's delicious parsnip, coconut and spring onion soup, 2 slices of wholemeal toast, off to Eastbourne to pick up Fungus from the parents' house, two cups of jasmine tea and a chocolate biscuit before returning to Brighton. Fungus got the skitters and puked up in the back of the car. Not nice.

DJing in the evening at West Hill Hall so the bring your own policy meant six cans of Guinness.

Last day! And I've remembered to record everthing too. Guinness-influenced poo, 2 cups of tea, and one-and-a-half sesame snaps. Lovely day to promenade on the sea front, where Erica gave me a half-chewed cherry drop sweet so I could try what was left of it, followed by Sunday lunch of nut roast at the Cooper's Cask with a pint of treacly King's Old Ale.

Walk up to Zena's in Kemp Town (or is it really Whitehawk!) for 3 lovely glasses of mulled wine and a mince pie, popped into work to get some stuff finished for Monday morning, then a reward of a pint of Solstice in the Evening Star; small bowl of gathia, seven nuts and two cups of tea at home. Mission accomplished.